I caught up with Freddy Holdgate while I was out scalloping today. Freddy and I were in the same grade in high school. We talked a bit about scalloping and how the season was progressing. He was on a good tow so I motored off and left him to it. I don't like to come down on guys and fish in their spots. A lot of guys in the fleet think nothing of doing that. It's not my style. Anyway, Freddy fishes out of an old Pogo boat. They were pretty popular here years ago and there were several around. My brother Richard fished out of a Pogo for years. They are good boats but they have round bottoms making them roll terribly. Here are a few shots I grabbed of Freddy today out scalloping- 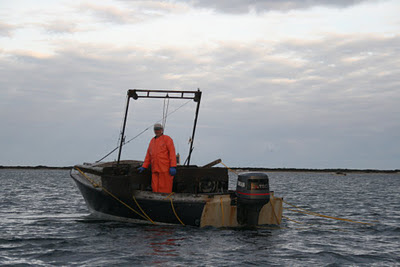 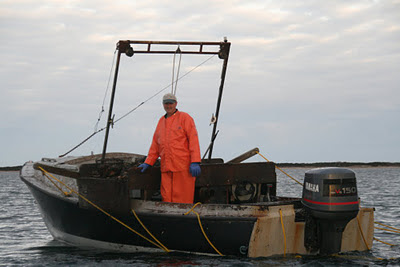 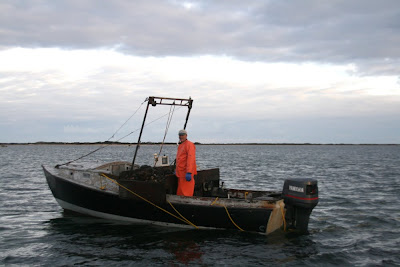 BUCK OF THE WEEK:
I set up one of my cams recently in a thick cedar forest and had a lot of action every night there including this nice 8-point. 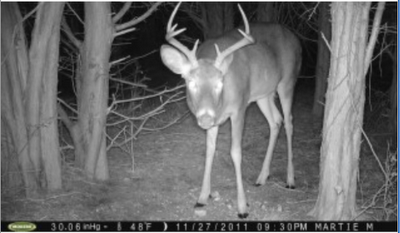 Posted by Martie at 5:39 PM No comments: Links to this post