We are well into the second week of the commercial bay scallop season. There still seems to be a fair amount of scallops around but the fleet is starting to jump around. Hopefully we will get another couple of weeks out of it. The price per pound paid to the scallopers was $11 per pound on opening day. Now it is $9 per pound. Still a good days pay for an hour or two of work each morning. Here are a few scenes I grabbed while I was out scalloping- 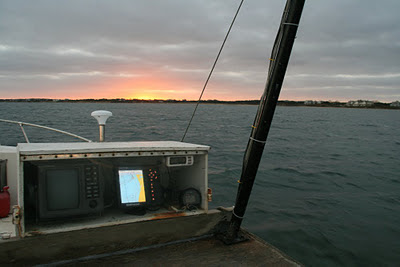 My boat just before sunrise. 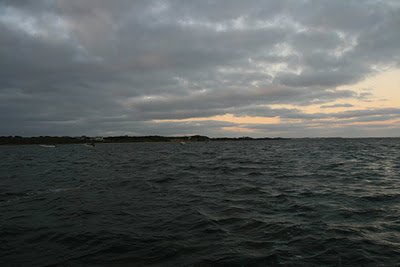 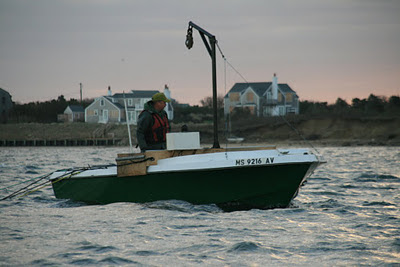 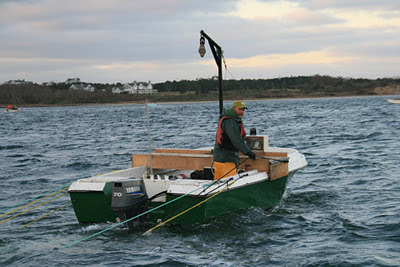 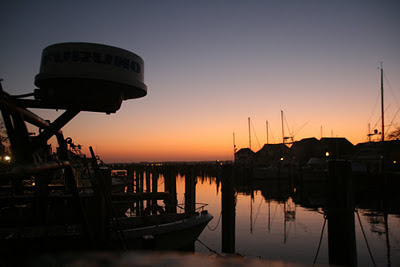 Getting ready to head out fishing. Straight Wharf. 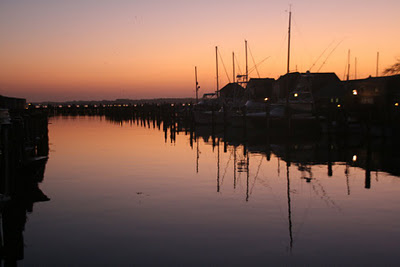 Straight Wharf in the pre dawn. 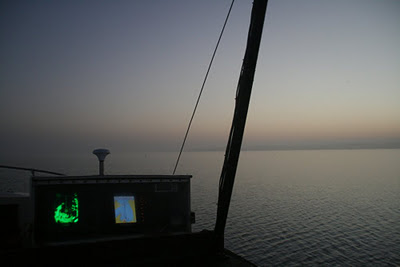 Headed out to the scalloping grounds in my boat. 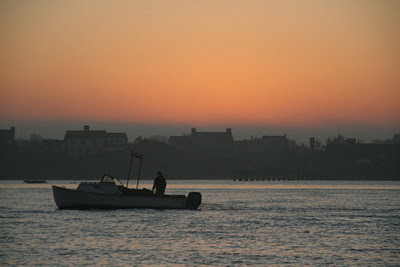 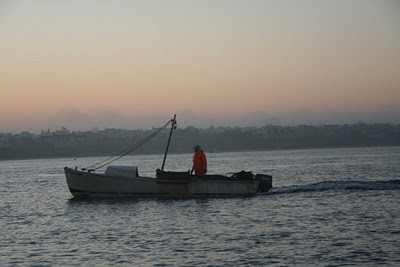 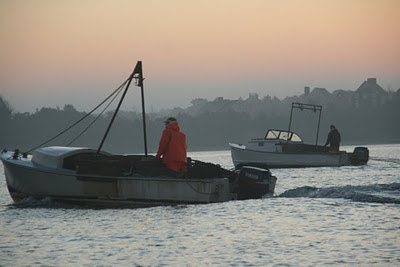 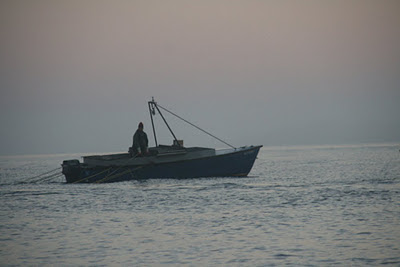 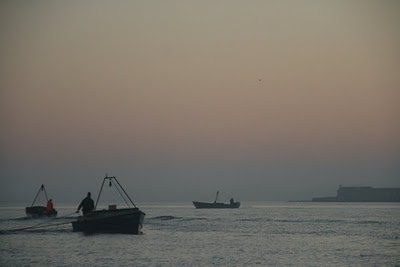 Part of the fleet fishing in the early morning fog. 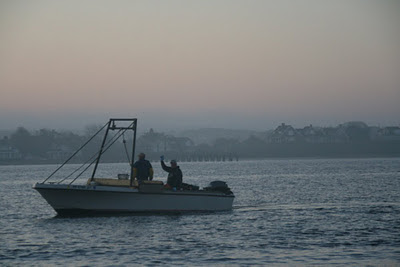 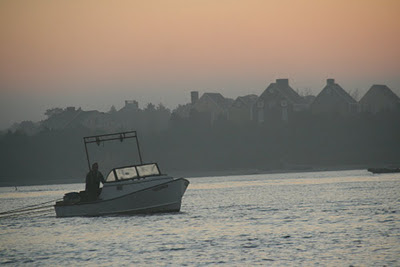 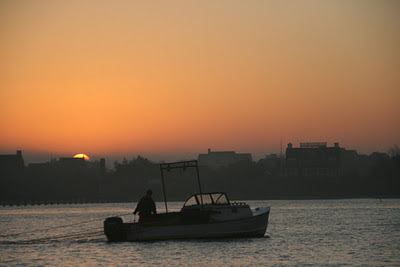 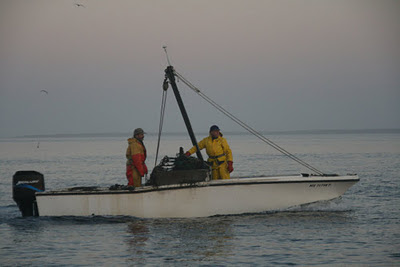 Smitty and his mate. 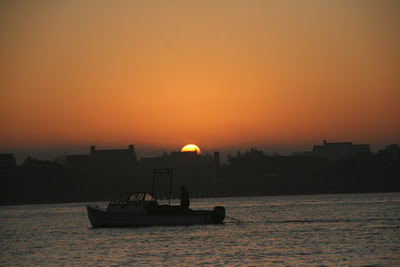 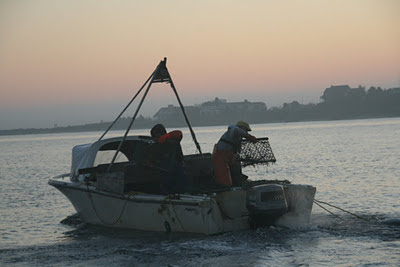 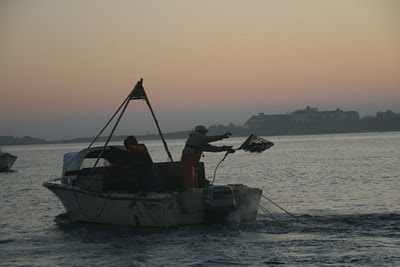 BUCK OF THE WEEK:
I set up one of my trail cams on video mode recently. This buck walked by the cam and at the last min, noticed it. He stopped short and sniffed it knocking it with his antler in the process. Never a dull moment out there! Take notice of how he is limping and the protrusion on his right side. Most likely he was in a fight with another buck as the rut is in full swing now.
Posted by Martie at 10:21 AM 2 comments: Links to this post

I know it has nothing to do with the Nantucket waterfront but I thought I would share a few pictures from one of my trail cameras. I set up the camera last week in an area that holds a good variety of deer. I now have 8 trail cams strategically placed around the island. It's a fascinating hobby observing and photographing deer with trail cameras. Click on any picture to enlarge. 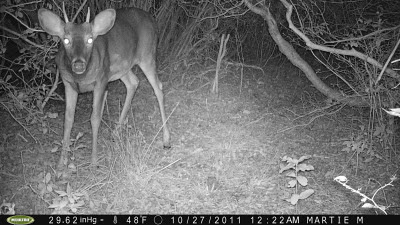 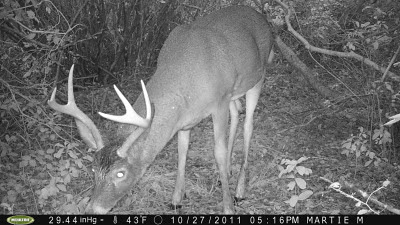 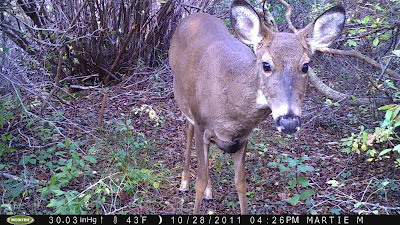 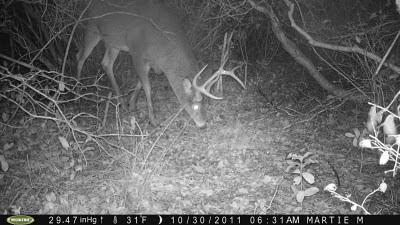 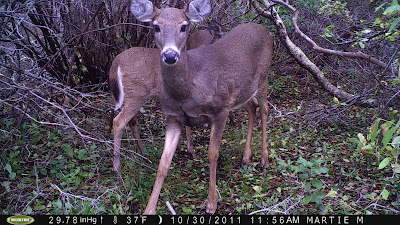 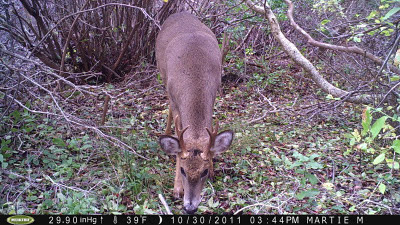 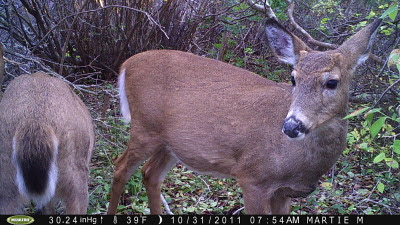 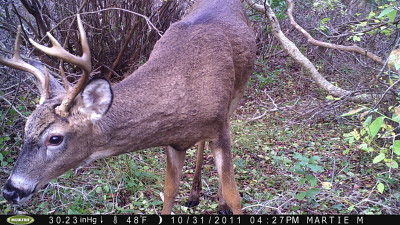 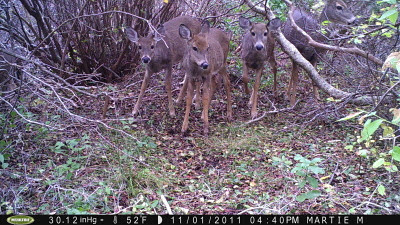 Triplet fawns and their mother. 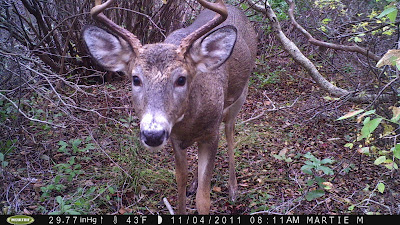 Posted by Martie at 5:09 PM 6 comments: Links to this post